with the Global Alliance for Banking on Values 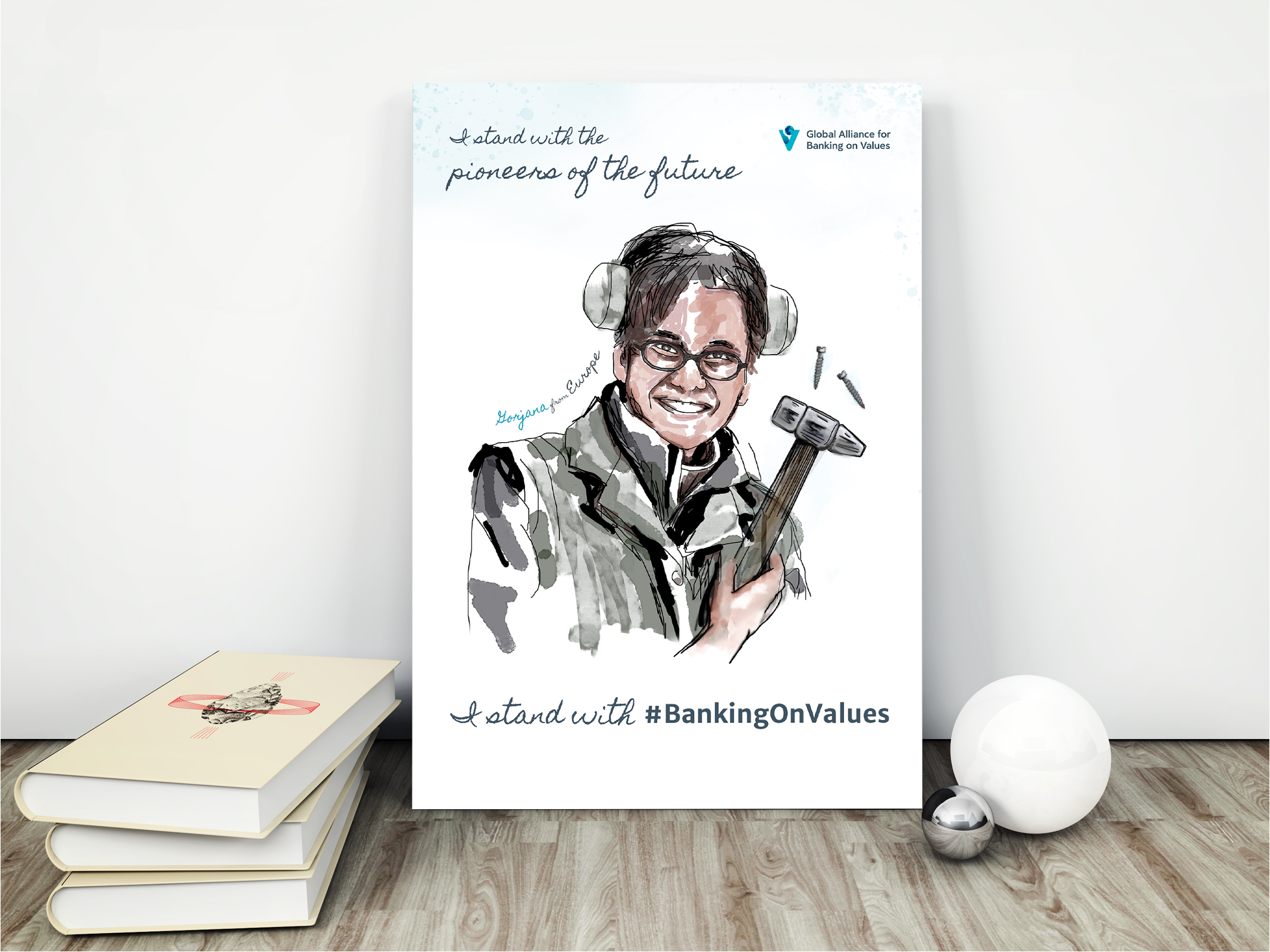 As part of Banking with Values Day 2020, the Global Alliance for Banking on Values (GABV) has rolled out a campaign to recognize the people who demonstrate that we can build a dignified future for our future generations.

With the connection between people and nature clearer than ever before, this organization wishes to strengthen its contributions to the progress of people and the planet through their investments anywhere in the world.

They entrusted us with the development of the campaign illustrations again this year.

Six pioneers of positive change around the world are presented in the campaign as examples of banks on values. Through this campaign, GABV is collecting their stories and sharing them to show that we can build the future we want.

Throughout the world, they have chosen individuals who inspire them, come from various continents and hold professions that are basic to a healthy society. Through the project, the role each of these people plays has been highlighted, and their professions have been represented in different ways. In this way, GABV hopes to make that individual’s contribution to society even more important and demonstrate that we are all capable of contributing towards a more free and equal society.

Thus, they want to introduce you to:

The campaign has been conceived to live both on the GABV website and on social media. The compositions have been adapted to different formats to increase its reach and ensure that the user can identify themselves easily.

Join the movement to support the pioneers of the future with #BankingOnValues!

Finally, GABV encourages everyone by hosting a contest that encourages us to change the news in a positive way. Visit GABV website to learn how you can win a Zero Waste kit by creating a headline about a humane economy that you would like to see. Your participation will be your grain of sand to spread awareness of #BankingOnValues.

SOLUCIONES EN DESARROLLO Y MEDIO AMBIENTE, S.L. is the Responsible for the processing of the user’s personal data and informs them that these data will be treated in accordance with the provisions of Regulation (EU) 2016/679, of April 27 (GDPR), and Organic Law 3/2018 , of December 5 (LOPDGDD), for which the following treatment information is provided.

I agree that my personal data is stored and used to receive our newsletter.

We use MailChimp as an automation platform for sending our newsletter. By subscribing to our newsletter, you acknowledge that the information you provide will be transferred to MailChimp, who will process it in accordance with its Privacy Policy and Terms.

We will use the information you provide to communicate with you from time to time, share our newsletter, and provide marketing updates. We will not share this information with anyone.

You can unsubscribe at any time by clicking the unsubscribe link at the bottom of any email you receive from us.

By sharing your data with us, you agree that we may process your information in accordance with these terms.