HEINEKEN Spain, a business is in harmony with environmental protection

The HEINEKEN Spain team has once again worked closely with us to extract all the relevant non-financial information from the last financial year and turn it into this complete Non Financial Report. It is based on the GRI standards and complies with the requirements of Law 11/2018, on nonfinancial information and diversity. 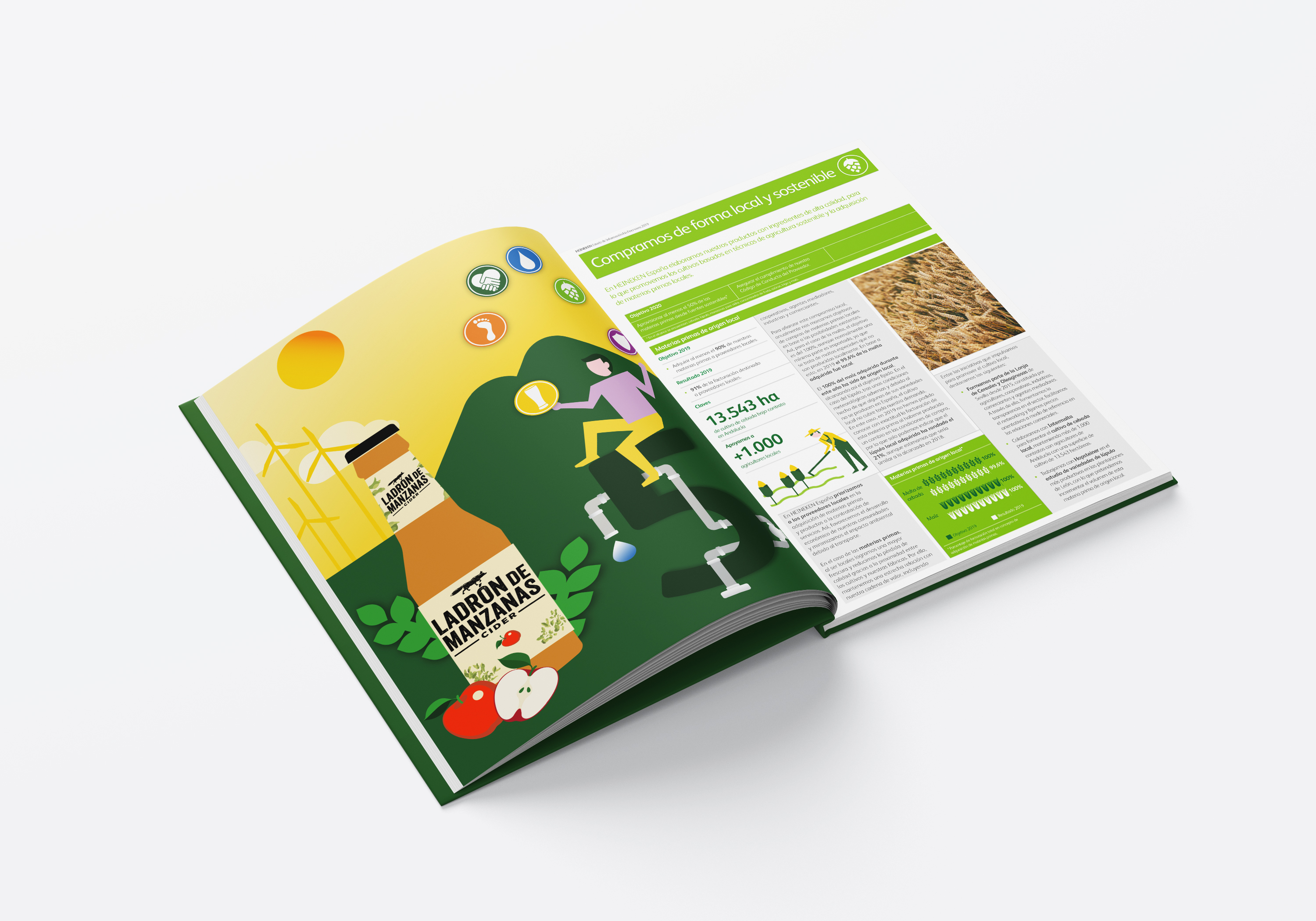 The document highlights its investment of eleven million euros in both environmental and social projects. Its main environmental initiative of 2019 has been the signing of an agreement that will allow all its beers to be produced with the power of the sun, thanks to the construction of a photovoltaic plant that will provide 100% renewable electrical energy.

Through water compensation programs developed in nearby areas, such as Doñana or Cañaveral, they were also able to compensate 1,400 million liters of water every year. This is equivalent to 100% of the volume of water in all the beers they make.

Their solid social commitment, channeled through the Cruzcampo Foundation, also cannot be overlooked. This work is of great importance in Andalusia, where two of the company’s factories in Spain are located, as well as promoting the professionalization of the industry through its Hospitality School.

This and much more is included in the document that we designed and formatted following a style similar to previous years so as to maintain consistency between the two publications. The different brands of the company stand out and are integrated with the distinctive characters that have accompanied the publication for the past two years.

Have a great time reading 😉

SOLUCIONES EN DESARROLLO Y MEDIO AMBIENTE, S.L. is the Responsible for the processing of the user’s personal data and informs them that these data will be treated in accordance with the provisions of Regulation (EU) 2016/679, of April 27 (GDPR), and Organic Law 3/2018 , of December 5 (LOPDGDD), for which the following treatment information is provided.

I agree that my personal data is stored and used to receive our newsletter.

We use MailChimp as an automation platform for sending our newsletter. By subscribing to our newsletter, you acknowledge that the information you provide will be transferred to MailChimp, who will process it in accordance with its Privacy Policy and Terms.

We will use the information you provide to communicate with you from time to time, share our newsletter, and provide marketing updates. We will not share this information with anyone.

You can unsubscribe at any time by clicking the unsubscribe link at the bottom of any email you receive from us.

By sharing your data with us, you agree that we may process your information in accordance with these terms.